At this critical juncture of our development journey, we are faced with a problem that is unique to Bhutan and the Bhutanese. We are grappling with the challenge of popularising our national language, Dzongkha.

Language is one of the most important elements of culture; it is the soul and face of national identity. Losing our national language, therefore, has to be viewed from the perspective of national sovereignty.

Dzongkha had to fight the popularity of English, one of the global languages without which our voice in the international stage could not have otherwise found ears. Because we began the process of modernisation late, we had little option. English as lingua franca had to be given a special pride of place.

But, today, the challenge that we are confronted with demands a serious attention. We have made our mark in the family of nations. Time has come for us to look inward and make honest efforts to bolster the elements of our society that shape the image and identity of what makes us Bhutanese.

Looking from a historical perspective, we have been very much aware of Dzongkha losing prominence as national language. The issue was discussed more than once in the National Assembly and resolutions were passed to make Dzongkha the language of correspondence in all offices in the country. A Royal Kasho had to be issued which stated that not only conferences, seminars, workshops and public gatherings must be conducted in the national language, even vehicle number plates, household numbers and addresses, and sign boards should be written in Dzongkha.

Recently, Prime Minister Tshering Tobgay said that the government would strive to conduct conferences and public meetings in the national language. The risk we run is saying the same thing repeatedly and failing with the implementation of the idea. Popularising Dzongkha, therefore, will need more than just recruiting interpreters or translators for foreign participants during the conferences and meeting. There is today a need to make Dzongkha usage, particularly in written form, easy and accessible. For example, spellings are being changed frequently and stakeholders like media houses, education, courts, and DDC use different spellings, confusing readers and students.

We could begin perhaps with standardising our national language. 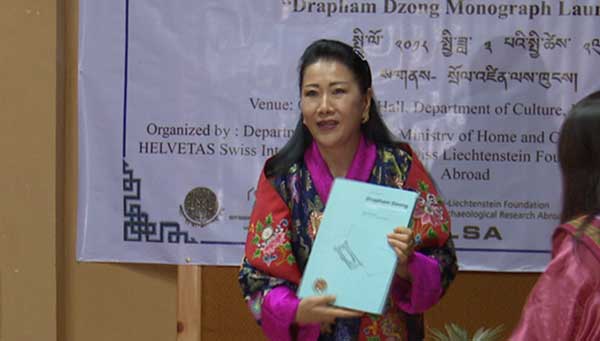 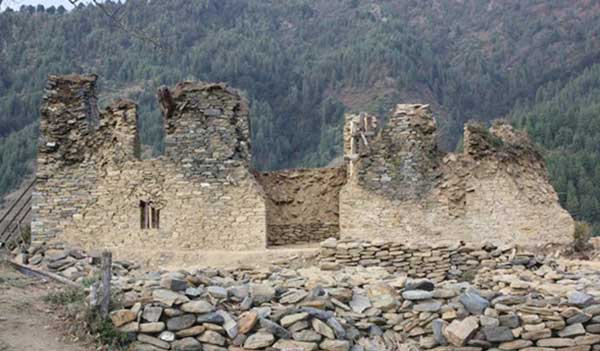 Among the key discoveries of the project is that the dzong was a massive structure.
The Secretary General of SLSA, Switzerland, Dr. Eberhard Fischer, said the dzong was a fortress of magnitude and a citadel for soldiers. “More than a hundred soldiers could have been staying there and it had a large frame of wall around with a protected water way down to the river,” Dr. Eberhard Fischer said.
The book, which details the findings of the excavation project, is a significant and innovative contribution to the study of Bhutan’s history.
The assessment of the findings reveals valuable information beyond basic history of the dzong’s construction. For instance, excavation project found evidence of the Chhoekhor Valley’s past as a strategically important place in the trade route between Tibet and India.
“It must have been a place where traders came with their goods and exchanged things from the north with things from the south,” Dr. Eberhard Fischer said.
The monograph of the dzong also contains information on discoveries about the archaeological remains of everyday life of the inhabitants.
Also, the project findings validate and reaffirm the fact that the dzong predates the era of Zhabdrung Ngawang Namgyel.
Dr. Eberhard Fischer said the dzong had been built in the 16th century in two parts and was destroyed in the 18th century. The dzong was the residence of Chhoekhor Deb, a contemporary of Pema Lingpa, who ruled Chhoekhor valley some 600 years ago.
Drapham Dzong is the first ruined fortress in the country to be excavated. The excavation project began in 2008.