Restoring the splendor of Drukgyal Dzong to complete by 2022
Sangay Chezom, Paro
Jan 19, 2018 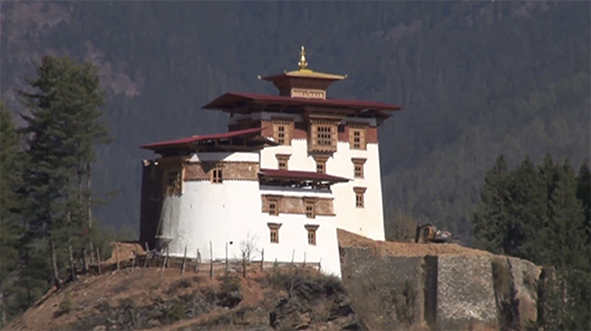 After almost two years of restoration works, the ruins of Drukgyal Dzong, the 300-year-old edifice are gradually being replaced with new structures.
With a new Uste (tower) and three structures already complete, the dzong seems to be reinstated into its former glory. The actual rehabilitation works started in April, 2016. Today, the second phase of the project is nearing completion. The first phase features rebuilding of Utse, which was inaugurated in February last year. 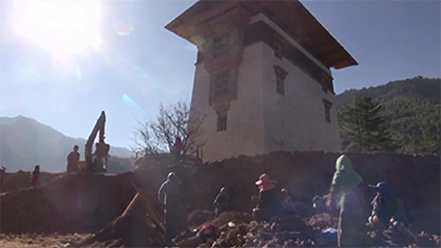 “The second phase of project includes two and three-storey building and a four-storey structure at the back. We have completed two and three-storey structure, and working on fourth one and its almost finish,” said the Project Manager, Namgay Dorji, adding the second phase is expected to be complete by mid of next month. “We are about four and half months ahead of plans,” told the Manager to BBS.
The other four phases include construction of three courtyards, and a palace of Dzongpoen as it was built in the 17th century. The entire project is targeted for completion by 2022. However, building of watch towers and tunnels connecting the towers are not part of the reconstruction project. “Last year Prime Minister said if the budget is sufficient, once the main structures are complete, we can restore the five watch towers, tunnels and steps. We will start with the second phase projects for those towers,” added the Project Manager.
The government allocates Nu 50 M from every financial year for the project. The rehabilitation works of the dzong was started in 2016 upon the royal command of His Majesty The King. Drukgyal Dzong was once razed to the ground by a fire disaster in 1951. 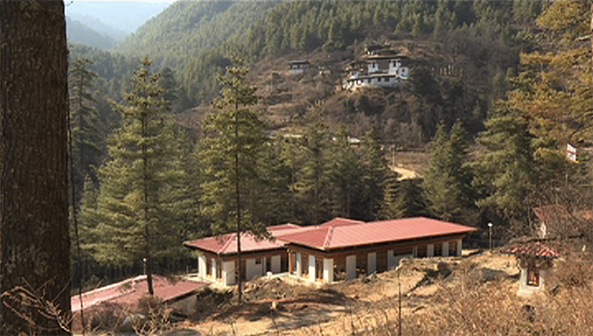 The Youth Development Fund (YDF) has taken up a holistic therapy for addiction treatment with the establishment of its Institute of Wellbeing. The approach includes detoxification, reducing stress and improving mental and physical wellbeing.
The newly established institute at Chimithangkha in South Thimphu started accepting clients since August, last year. As of now, there are 22 of them undergoing drug and alcohol treatment. “We work towards prevention and also after care services which we call reintegration services,” said Sonam Jamtsho, the Head of Institute of Wellbeing. “So we provide not just treatment and rehabilitation services but also the reintegration services which includes the livelihood skills like organic agricultural farming, dairy farming and other vocational skills.”
The institute provides various programmes on promoting physical, mental and spiritual wellbeing. They are based on a model – the ‘Happiness Model’. Today, although the institute looks at catering to all, shortage of fund is the main impediment towards fulfilling it. “We have the challenge of not being able to take in all the admissions because right now we cannot take in more. Secondly, we have problems with getting expertise especially in vocational education. We have shortage of funds and human resource,” added the Head of the Institute of Wellbeing.
The Institute of Wellbeing will be inaugurated officially in May this year. The Indian Government funded its construction, which is worth over Nu 16 M.