BBS Minting money out of E-waste 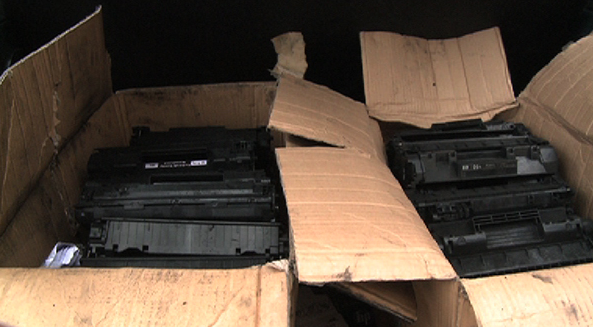 With a diploma in engineering from India, Leki Dawa, formed Bhutan Alternatives in 2015. Today, he actively collects used toner cartridges from various government organisations, corporations and private agencies to restore it.

He said: “For us it is not a waste, it is a resource for us whereby we can convert waste into money.

“In the past, we used to go around and most of the printer cartridges were found in the dumping yards.

“As everyone knows that this are electronics wastes and is very harmful to the environment. It is not like the general waste.”

So far, the group has re-manufactured and sold out around nine thousand five hundred toner cartridges to almost nineteen districts.

“I have stopped supplying Hp cartridges,” said L.B. Gurung, the Proprietor of Kokay Enterprise, one of the cartridge distributers in the country. “Now with the Bhutan Alternatives, I prefer their cartridges.”

Leki Dawa who has also been selected as the Best entrepreneur by the Loden Foundation, aspires to start Green Technology Centre in future.

“We will recondition the E-waste items like laptops, computers, and household items like fridge and washing machine and sell it back in the market.

“This will help in contributing to the economy, environment and create job opportunities for youths.” 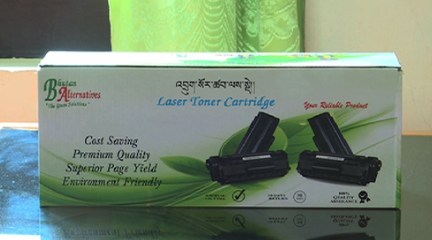 Bhutan Alternatives is certified by the International Standard Organization in re-manufacturing the printing cartridges. With just eighteen youth employees, It has collected more than 13,000 toner cartridges from across the country. The company was initially supported by the Loden Foundation and Druk Holding and Investments.